How To Deal With a Sinus Infection While Pregnant 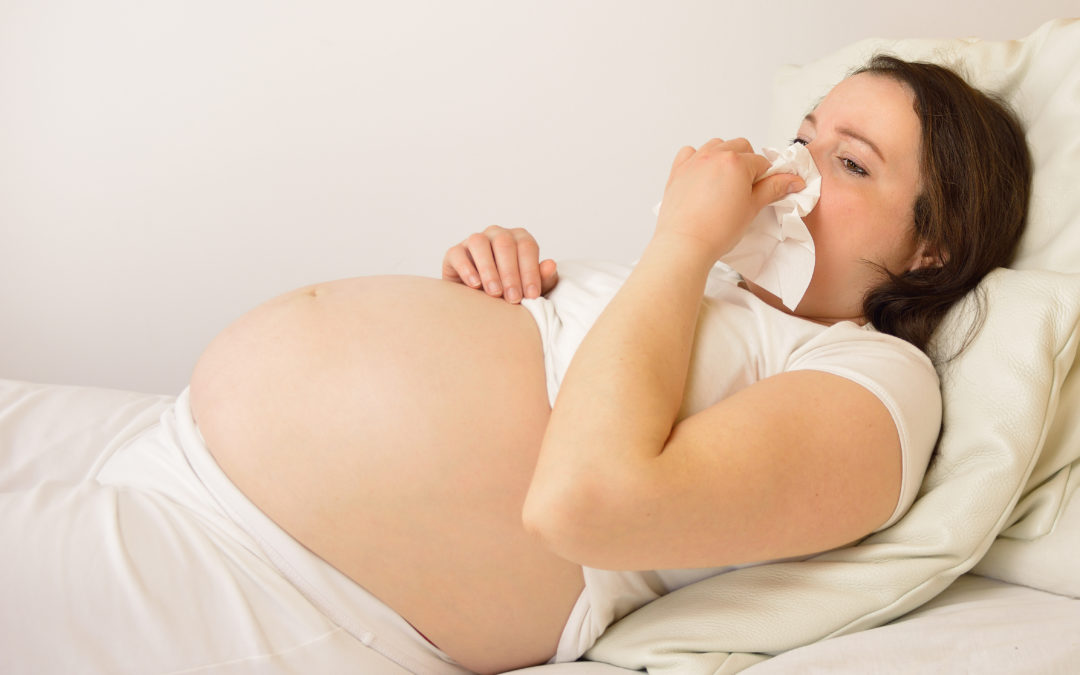 Managing a sinus infection can feel especially difficult throughout pregnancy.

Sinus infections are not an uncommon complication of having a cold or dealing with allergies and, unfortunately, they can lead to painful nasal congestion (rhinitis) along with other symptoms.

Experts have suggested that hormonal changes may play a part in rhinitis being brought out by pregnancy, which generally takes place during the second and third trimesters and goes away within two weeks of childbirth.

Regardless of the source of your sinus infection during pregnancy, it is critical to be familiar with how to alleviate symptoms in a non-threatening manner. Today, your team of McAllen sinus relief specialists at the Glatz Group of Valley ENT will demonstrate how to deal with a sinus infection while pregnant.

Is the Fetus Affected?

A sinus infection by itself has a low chance of harming the developing fetus. It is worth noting, however, that in rare circumstances, symptoms can result in complications.

Being pregnant may also impact how severe the sinus infection symptoms are.

For instance, one study observed the effect that a pregnant woman’s body mass index (BMI) and stage of pregnancy could have on nasal congestion. The researchers discovered that both enhanced BMI and gestational age have a significant influence on the degree of nasal congestion throughout pregnancy.

They claim that women with gestational diabetes or several pregnancies (like twins or triplets) may be more at risk of getting pregnancy-induced rhinitis. This could be because of a rise in pregnancy hormones.

The researchers also state that recurring nasal congestion could come with risks for a fetus’ development and growth due to a gradual drop of oxygen.

Complications like these are quite rare, and with the right treatment, the threats to the fetus are rather low.

Another study came to find that nasal congestion from allergies had nothing to do with birth outcomes. In fact, there was a less frequent occurrence of congenital abnormalities in the babies of women who had faced these symptoms.

While there may be temptations to go for the common over-the-counter (OTC) medications for fast relief, some of these drugs could be dangerous, based on the period of the pregnancy.

A doctor might prescribe corticosteroids to handle nasal congestion, but only following the initial trimester.

It is highly recommended to avoid the following drugs when pregnant, although a few doctors may prescribe them at small dosages, particularly for those suffering from allergies:

Other effective OTC medications and home remedies are okay to take during pregnancy. A doctor can advise the most ideal treatment options for your unique needs.

Potential home remedies that could help provide some relief from your symptoms include:

The most common symptom of a sinus infection, or sinusitis, is painful sensations or sensitivity in the nose and cheeks areas.

Other symptoms of a sinus infection are the following:

When You Should See a Doctor

In many situations, people can take care of a sinus infection with remedies from home.

However, if a pregnant woman notices the following symptoms, it is in their best interest to visit their doctor immediately:

A doctor may prescribe medication to get rid of the infection, which could affect the woman’s overall health and pregnancy trimester.

Have a healthier pregnancy by treating your sinus infection with the Glatz Group of Valley ENT.

Getting sick is already a drag on its own, but getting sick during pregnancy can be especially tough, as you may not be able to take your average OTC medications.

In some cases, a doctor can provide medication with little risk to the developing fetus.

If the following home remedies do not help resolve your sinusitis symptoms, you may wish to consider setting up an appointment with us. We want to make sure your pregnancy is a healthy one for you and your baby.

Thank you for trusting us!. Here’s your FREE Allergy Survival Kit